The HC-1W LED matrix controller cards are for use with LED panels using the HUB-75 signal / pin configuration.

The content is loaded via a USB flash drive (referred to in the software and manual as U disk) or wirelessly and is programmed via some Windows software.

Plug your panel into the socket labelled 75-1 and connect 5V power to the card via the screw terminals next to the USB socket.

You will also need to power the LED panels from the 5V power supply.  The HUB-75 connector is only for data, not power.

The 16 pin headers on the HC-1 card are not polarised so be careful to put the cable around the right way.

Pin 1 (with the stripe on the cable and arrow on connector)  should go to the corner closest to the power connector.

The Windows software is typical of Chinese suppliers but usable once you learn its quirks.

There is also an Android app to allow editing.

The software, manual and app are all subject to change and the latest versions can be found (after a battle) at http://www.hotled.com.cn/

The hotled site seems to be down so http://www.led75.com/ is the alternate

A shortcut will be placed on your desktop.

An annoyance with the LED_HC software is that it affects the display of Windows fonts.To fix the issue after running, open Control Panel > Fonts > Adjust ClearType text> Turn on ClearType and follow the setup instructions.

I have contacted the manufacturer, http://www.hotled.com.cn, to see if there will be an update to the software that doesn’t break Windows ClearType. LED_HC_1801.exe is the current version and it affects the fonts still. 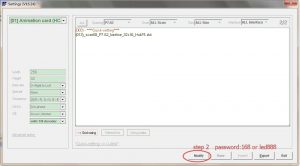 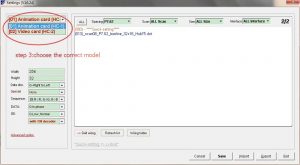 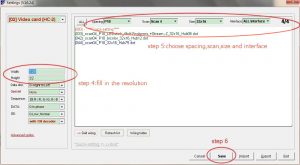 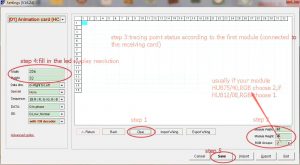